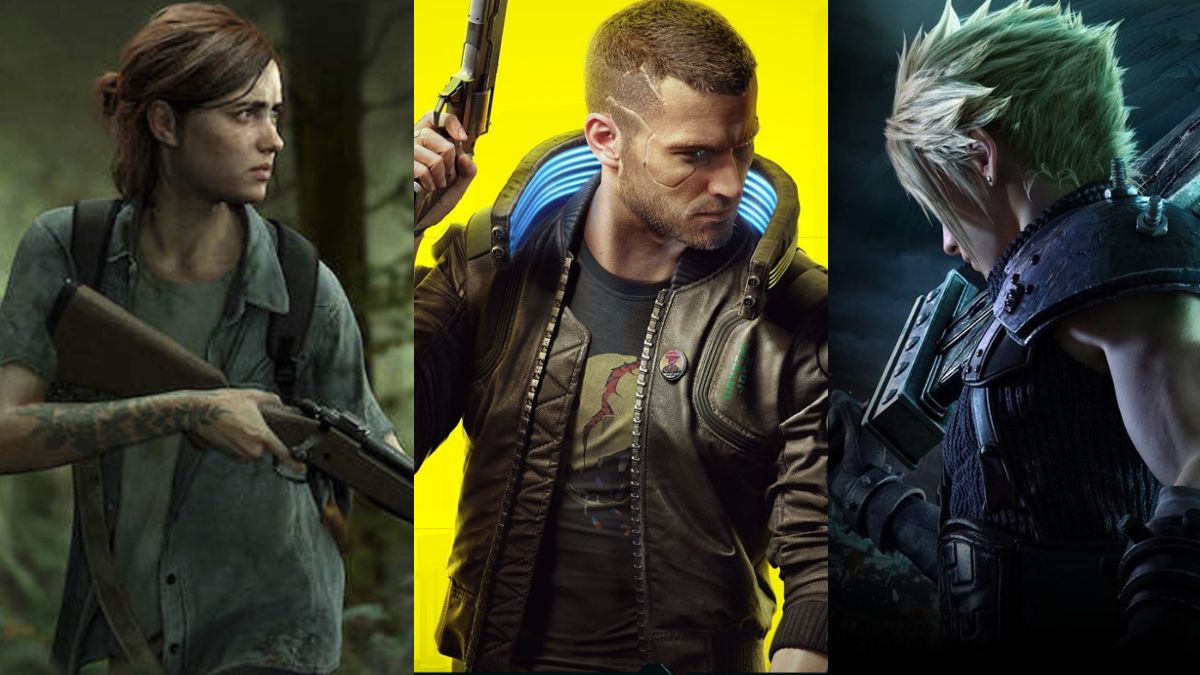 It sounds and feels like its another amazing year for gamers. 2020 is on its good way to release A LOT of new titles, returning titles, sequel continuations and remakes. Highly anticipated games such as: Cyberpunk 2077, Final Fantasy VII Remake, Diablo 4 and Overwatch 2 are seeing the daylight this year. We want to present you with 10 of our favorite upcoming games 2020 across all platforms including unreleased consoles. Dive in to check out some of the biggest and most exciting game releases this year.

Developed by CD Project Red, Cyberpunk 2077 is a RP game taking place in the dystopian Night City. In an open world with 6 districts and a customizable protagonist, you will explore the futuristic megalopolis from a first-person perspective. For now, we have to satisfy the tingles with every new trailer and news until release date.

Upcoming action role-playing game Final Fantasy VII Remake is developed and published by Square Enix, hyping all hardcore final fantasy fans across the globe for Cloud Strife’s comeback. The remake of the 1997 released Final Fantasy VII combines real-time action with other strategic elements, while redesigning character and content to balance the realism and stylization.

Wasteland 3 is a story-driven tactical RPG developed by inXile Entertainment. A game where your decisions lead you through the different story arcs available in single player and co-op mode. A perfect Friday night to spend with your friend to experience the post-apocalyptic frozen lands of Colorado. Will you play Single player or Co-op?

One of the first games announced for the new PlayStation console from Sony, Godfall will be released at the end of this year. A loot-driven action RPG, developed by Counterplay Games, which primarily focuses on real-time melee combat. A promising game trailer with beautiful fantasy game art and a lot of action. This IP can be played in solo or co-op mode to experience a fantasy that is split between 5 element realms.

Another remake on the list. Capcom is releasing Resident Evil 3, a survival horror game, after successfully remaking the second part of the Resident Evil series. Joining us again with Jill Valentine and Carlos Oliveria, 3 will include another updated zombie-infested apocalypse while being hunted by Nemesis. Included in this Remake is a online multiplayer mode called Resident Evil: Resistance to enjoy with your gaming buddies.

Action adventure game Ghost of Tsushima developed by Sucker Punch Production features an open world revolving around Samurai Jin Sakai in the 1270s. Fighting against the Mongol Empire, the trailer teased amazing combat action and detailed graphics. With Sekiro being the game of 2019, Ghost of Tsushima looks to be in good shape to become an epic samurai tale.

At BlizzCon 2019, fans were desperately waiting for the officially announcement for the new sequel of Diablo. Finally, Blizzard confirmed that Diablo 4 is setting its grounds this year with three classes which we know of including: Druid, Sorceress and Barbarian. You should better prepare yourself to fight in the world of sanctuary against demons and fantasy creatures.

Co-developed by 343-Industry and SkyBox Labs, Halo Infinite is an upcoming FPS entering as the sixth entry of the Halo series. Master Chief’s adventure looks more open ended, yet the trailer teased an older armor set from Halo 2 and 3. Maybe this is the continuation, powered by the all-new Slipstream engine, that all Halo fans were waiting for.

With a successful previous title, Ubisoft is releasing a new successor known as Watch Dog Legion. Taking place in futuristic London, Ubisoft is taking its hacking action to the next level. The third installment in the Watch Dog series features the ability to control multiple characters as well as a co-op mode in an open world scenario.

Another announced title from Blizzard at BlizzCon 2019 – Overwatch 2. Yes you heard it, the hero cast is joining us again in a new revamped sequel. Heavier focus on storytelling, more lore of the Overwatch universe and updated fighting dynamics. Story mode and ability modifiers are creating unique experiences that make this sequel extremely exciting for all Overwatch fans.