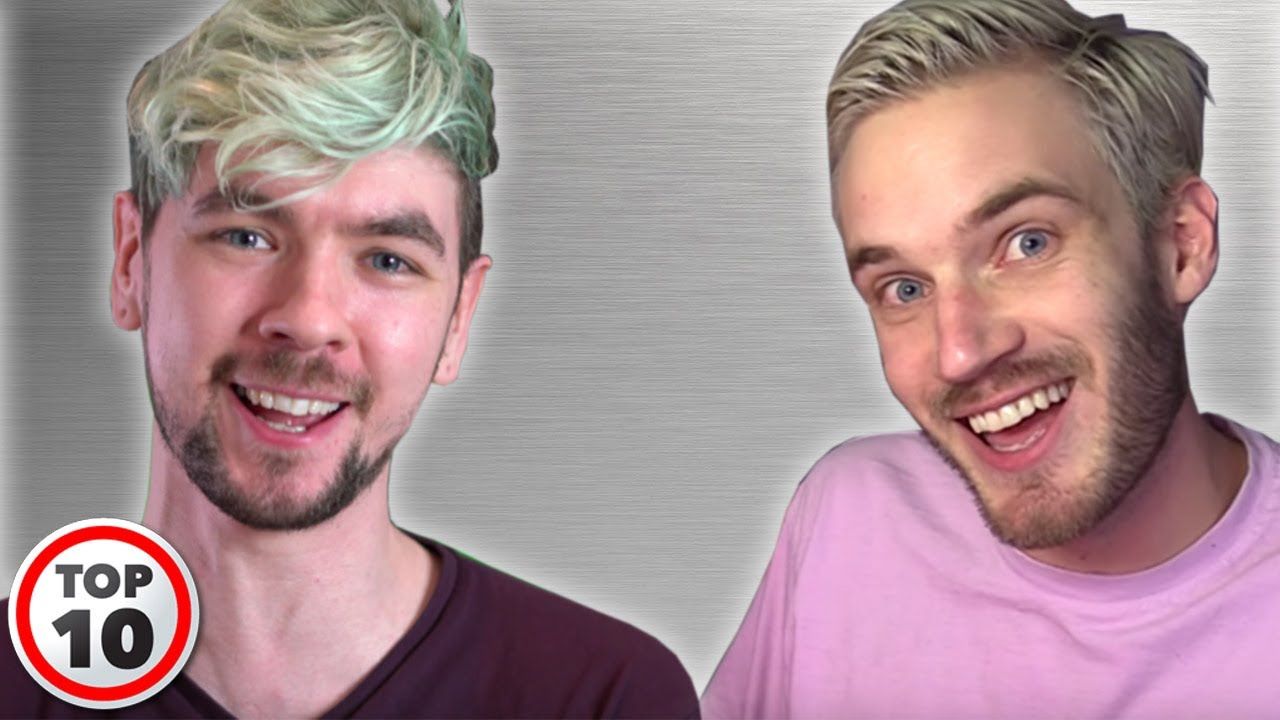 Being one of the most consumed online content categories, Gaming content has given many individuals the opportunity and drive to grow a professional career in this space. Today, gaming content creators are in huge competition with each other to create the most entertaining videos for all target groups. From playthroughs, let’s plays or commentaries, gamers are dominating the online content space with billions of combined views.

Gaming content creators are attracting extremely large audiences, which enables endemic and non-endemic brands to reach an enormous range of target groups. The immersive content, diversity and modern culture presents great opportunities for brands to hold the attention of a passionate and influential audience. We want to present you our Top 10 list with exceptionally talented and established gaming content creators who create a variety of quality gaming content and demonstrate exploding viewerships across the board.

Imane “Pokimane” Anys is a Moroccan Canadian gaming content creator, who became popular through League of Legends live streaming on twitch. Since some time, she has branched out playing other games such as Fortnite, while also producing content with Offline TV and doing ASMR. From gaming content to vlogs and podcasts, Poki is a versatile and laid-back content creator. With over 4.5 million YouTube subs and nearly 4 million followers on twitch, Poki is one of the best content creators out there who deserves a spot on our list.

Germán Alejandro “Juegagerman” Garmendia Aranis is a Chilean gaming content creator who rose popularity through his first channel “HolaSoyGerman”. From Vlogs, gaming, skits, comedy and song productions, Germán brings an enormous amount of content for the Spanish speaking community. Winning an award from the MTV Millenial Awards 2014 as “Icon of the Year”, Germán is one of the most popular Spanish content creators out there. His 38 million subscriber count and outrageous reach in average views give him a spot on this list. Check out our previous work with Juegagerman in the “Battle Cats Case Study“

Jelle “Jelly” Van Vucht is a Dutch gaming content creator, who entertains with his gaming and vlog content. He is an active member of a YouTube group called Robust playing different games such as GTA V or Minecraft. His extroverted character and very enthusiastic attitude make him a fun content creator to watch for anyone who enjoys gaming and comedy. Having worked with Jelly before, we can only say that his 16 million subscribers is well deserved placing him in 7th on our list.

Samuel “Vegettaaa777” de Luque Batuecas is a Spanish gaming content creator, known for his Minecraft videos. He loves to create his videos is a “movie style” narrative for entertainment purposes. He is very known in the Latin America; acquiring over 28 million subscribers on YouTube. With the different Minecraft series such as Planeta Vegetta, V for Vegetta or KARMALAND, he places 6th on our gaming content creators list.

Evan “VannosGaming” Fong is a Canadian content creator whose channel is highly focused on montage and compilation formats from his gaming sessions. A combination of gaming content and comedy, which seems to be heavily favoured by the online community. Vannos himself even said that the community enjoys authentic casual content. which they can relate to themselves. With nearly 25 million subscribers on YouTube and multiple side projects such as Creative director of Dead Realm and Music production under the name Rynx, Vannos grabs our 5th spot on the list.

Seán William “Jacksepticeye” McLoughlin is an Irish content creator that started gaining subscribers through pewdiepie. Jack Septic Eye stuck as a nickname after an injury as a child, which he later used for his channel. The channel focuses on funny let’s play videos and vlogs with his major goal to connect people through gaming. Known for his high energy, Irish accent and enthusiastic commentary, jack gained over 23 million subscribers on YouTube. With 6 alter egos and two fan made characters, Jack gets number 4 on our list. Check out our previous work with Jacksepticeye in the “Battle Cats Case Study“.

Mark Edward “Markiplier” Fischbach is an American content creator who is known for his let’s play and playthrough videos of inde and horror games. This included commentary, yelling, cursing and even crying. After growing a substantial fan base, which is now at 25 million subscribers, Markiplier started doing charity live stream events raising over 3 million dollars. His highly engaging content and care for community puts him at number 3 on our list.

Daneil Robert “DanTDM” Middleton is a British content creator known for his game commentary in Minecraft and other games such as Roblox and Fortnite. Dan dips into so much variety content that it is hard to pinpoint everything. Diamond dimensions, Pocket edition, Story mode and Crazycraft 3.0 are all part of Dan’s enormous amount of content series. He has a 22,4 million subscriber count on YouTube and ranks at number 2 on our top gaming content creator list.

Felix “PewDiePie” Kjellberg is a Swedish content creator sensation that began uploading let’s plays and comedic commentaries of horror game playthroughs in 2010. He is one of the most noted online personalities who heavily engages in charity content and is known to be the second most subscribed YouTube channel in the World with over 100 million subscribers. Felix played an unchallenged role in shaping the content creator community to what it is today and we highly respect his work.